The Islamic Center of Greater Toledo is run by its Council that consists of 13 members who are elected from the membership according to its constitution.

To learn more about the Islamic Center’s governance, please check out our Constitution and By-Laws. 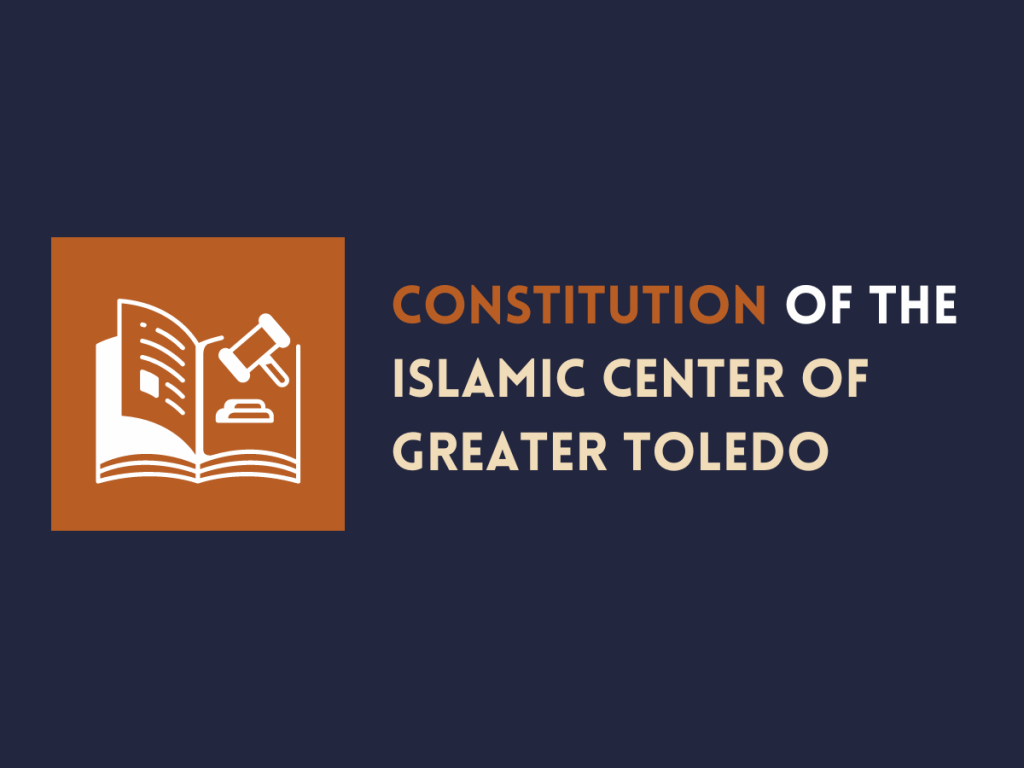 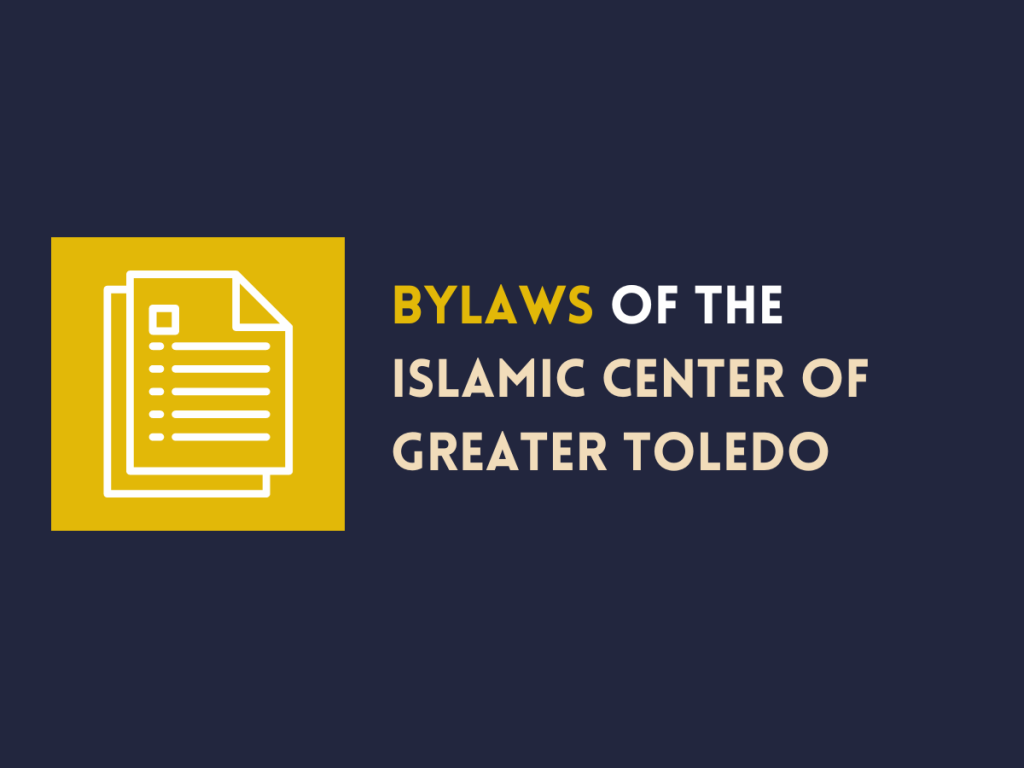 Abdel-Wahab Soliman works for Owens Corning in Information Systems. He has a Ph.D. in Bio-Medical Engineering. He was born and raised in Egypt and was a former Colonel in the Egyptian Air Force. He migrated to the United States in 1988, moved to Toledo in 1995, and became an active member of the Islamic Center of Greater Toledo (ICGT).  He served on the ICGT Council for 12 years and chaired several committees, as well as was former president of the Islamic Center. He currently serves on the following Boards: The Board of Trustees of the Islamic Center, the Multicultural Network at Owens Corning, the MutiFaith Council of Northwest Ohio, and the World Affair Council of Northwest Ohio. He currently participates in discussions and lectures about Islam in Schools, Universities, Churches, etc. He is a Tour Guide and Trainer of the Tour Guides at the Islamic Center.

He resides in Perrysburg, OH with his wife Manal El-Sheikh and has three daughters: May, Reem, and Sarah.

As a Finance & Treasurer committee chair, Saeed served for over 13 years and a year as Ways and Means committee chair. During his tenure, he put in place processes, policies, and procedures in the treasury to align with the fiduciary responsibilities of the ICGT. In addition, he took part in a few critical reviews with the external auditors to examine the financial status. As a result, ICGT received satisfactory reports from the auditors for adhering to the GAAP (Generally Accepted Accounting Principles). Saeed served as a Software Engineer at GE Aircraft Engine in Cincinnati for a couple of years and finally been with the Marathon Petroleum Company for over 23 years filling various roles and responsibilities. Saeed lives in Maumee, Ohio, with his wife Asiya/Teresa and has three children, Ismail, Anisa, and Yousef. 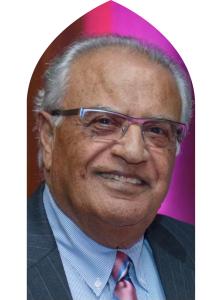 Dr. Saleh Jabarin holds a Ph.D. in Polymer Science and Engineering from University of Massachusetts, Amherst. Dr. Jabarin started his career in Research and Development at Owens-Illinois in Toledo for 13 yrs. Before joining the University of Toledo in 1987 as the Founding Director of the Polymer Institute and professor of Chemical Engineering. He taught courses at the graduate and undergraduate level. He retired from UT as Distinguished University Professor and Emeritus Professor.

His service and engagement at the ICGT started in 1975 as a teacher of Arabic. He previously served as President, Chairman of the Board of Elders/Trustees, and was a vital force in the 1970s and 1980s in the Center’s expansion. 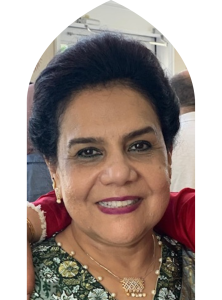 Mahjabeen Islam has served on the ICGT Council and was its president in 2013. She specializes in addiction and family medicine and has a private practice in Maumee.

While medicine is her first love, writing is a close second. She has been a columnist for several newspapers and is in the process of getting her first book published.

Following an earnest desire to be able to understand the Quran when it is recited, she created the ICGT Sunday Quran Study class. And to appreciate the works of her native Pakistan’s great poet-philosopher, Allama Iqbal, the Sunday Iqbal class as well. 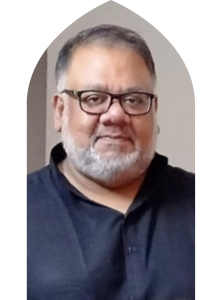 Mohammad Alam moved to Toledo from New York in March 2017 and since then has been associated within this Community. He is a General Member of ICGT and has been a volunteer of Islami Food Bank of Toledo. Mohammad has become a Council Member of ICGT for the Period of 01-2023 to 12-2024.

He did his Post Graduation in Business from the University of Dhaka in 1994, and MBA from Melbourne University in 2005, and current working as a Global Sourcing and Supply Chain Professional at Libbey Glass.

Mohammad lives in Perrysburg and is blessed with two beautiful Daughters. 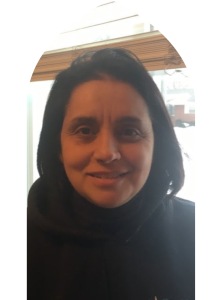 Mariam is the third daughter of Hassan and Aziza Abdoney. She was born and raised in Toledo, Ohio. Mariam grew up at both the original Islamic Center on Bancroft St., as well as at the current Islamic Center of Greater Toledo. Mariam has been actively involved in the Center her whole life. She has volunteered in the Sunday School as a teacher and has volunteered in running the Sunday kitchen for many years.

Mariam is a critical care nurse at St. Vincent Mercy Medical Center. She also works as a home health nurse for the elderly. She is the mother of two twin sons, Mohammed and Adam, who are actively involved in the youth group. 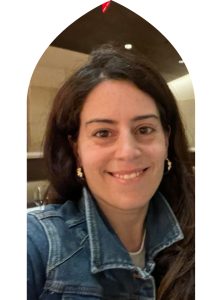 The daughter of Dr. Steven and May Ariss, Michelle is a native Toledoan who, with her family, have always been avid supporters of the Muslim community and ICGT.

After completing her studies and specialty training in Baltimore and Cleveland, along with years of practice in Kansas City, Michelle returned to Toledo and is a pediatric ophthalmologist with the Promedica Health System.

She has served on the Social Services Committee and currently chairs the Religion and Education Committee of ICGT.

Her children attend ICGT Weekend School and can often be seen playing tag in the social hall when on break from the classroom.

In her free time, Michelle enjoys traveling and spending time with her husband, Samer, and their two children, Nayla and Noah. 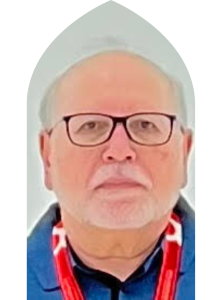 Adnan Fellah has worked as an IT and software developer for over 30 years. Adnan holds a Bachelor of Science degree in computer science from Bowling Green State University. He served as a council member for 6 years (two terms). He chaired Ways and Means and IT committees and volunteered as teacher and director of the Weekend School for several years. Besides chairing committees, he served as a member in other committees (Religion & Education, Membership, and Budget & Finance)

For the last 40 plus years, Adnan resides in Bowling Green, Ohio with his wife Sylvia and has three daughters and two grandchildren. 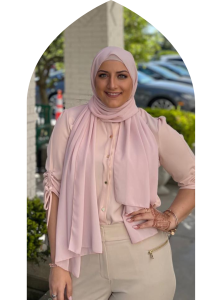 Nada is the middle child of Habib and Soubhieh Kaake. She was born and raised in Toledo, and has been heavily involved in the community from a young age, beginning by attending Sunday School at the Islamic Center then eventually becoming a Sunday school teacher for a few years. Nada is very passionate about everything she has her hand in, and that includes giving back to the very community that has raised her.

She has been an ICU nurse for five years, three of them at UTMC, the past two years at U of M’s cardiovascular ICU, and is currently pursuing her master’s in nursing. 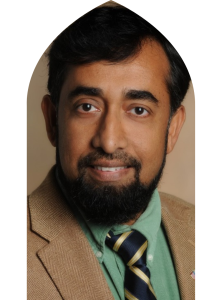 Dr. Sarder is a chair and professor of systems engineering at Bowling Green State University (BGSU). Prior to joining BGSU, he worked in the U.S. Air Force Academy as a distinguished research fellow and as an associate professor and program director at the University of Southern Mississippi. He earned his Ph.D. in systems engineering from the University of Texas at Arlington and post-graduate education in Supply Chain Strategy from the Massachusetts Institute of Technology. Dr. Sarder authored 5 books, 7 book chapters, and over 100 scholarly articles. He was awarded more than $3.5M funding from various agencies including National Science Foundation. He has been living in Perrysburg since 2017 and actively engaged with ICGT activities. 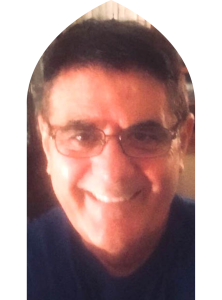 Mr. Sezginis graduated from the Air Force Academy in Türkiye and is a retired officer from the Turkish Air Force. Later, after immigrating to the U.S., he attended the University of Texas at San Antonio, earned B.A. in Business Administration, and later specialized in tax accounting. He and his family have been a member of the ICGT since 1990. Their three children attended the ICGT Sunday school from a very young age till they graduated from high school. Aziz served on various committees and volunteered at International Festivals. He initiated the permanent international display project and designed the Türkiye display. 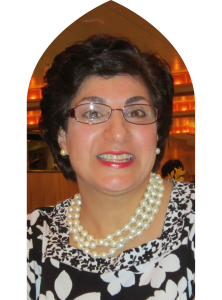 Mona is the daughter of Salem and Najla Sayed born and raised in Sylvania, Ohio. She is the wife of Dr. Bahu Shaikh. Mona has been a member of the Islamic Center of Toledo since childhood. She has a history of working with the ICGT publications committee and creating the mosque directories in past years. Mona is honored to be a part of council and hopes to bring positive change to the Islamic center. Her immediate family includes one daughter Aneesa. Aneesa will graduate in May 2023 from Cornell University and pursue her JD in International law. Outside of being active in various organizations locally, Mona finds peace relaxing with family and friends, cooking various ethnic foods, and cruise travel.

The office staff of the Islamic Center is the core of the institution. They are at the Center five days a week, available to the Muslim community and the community at large.

If you would like to speak with the Imam, please call ahead for an appointment at 419-874-3509 as the Imam is often out of the office on visitations with community members, meetings, or other Center obligations. 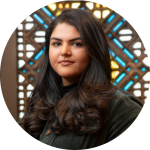 Sara is a dedicated leader in her community with experience working in government management and community building. Over the past three years, she served as the Assistant to the mayor of Toledo and most recently Deputy Director of the Human Relations Commission (HRC) for the City of Toledo. During her time at the City, Sara was instrumental in creating language access policies and procedures, working in collaboration with the legislative director to establish the HRC, and overseeing community-building initiatives. In 2018, Sara joined the ICGT Council as the youngest member elected to the Council. She oversaw the redevelopment of the masjid’s website, redesigned the Center’s social media platforms, and led the online creative content team during the COVID-19 pandemic.